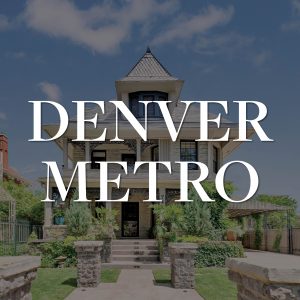 Despite the pandemic, social unrest, and impactful political events, Denver’s reign as one of the most desirable cities in which to live continued. Attracting homebuyers with its urban setting, acres of pristine parks, and lush outdoor recreation areas, Denver Metro had another stand-out year for real estate.

According to the year-end Micro Market Report, produced by LIV Sotheby’s International Realty, which summarizes Denver Metro’s market performance during 2020 in comparison to 2019, the Mile High City had a record year. While the city had a decline in inventory, dropping 2% from 2019 levels, bringing just 67,495 new listings onto the market last year, rising appreciation for available single family (+9.6%) and attached homes (+4%) paired with a boost in overall listings sold (+13.5%) contributed to the 22.4% increase in overall sales volume in 2020.

On a smaller scale, the City of Denver saw an increase in the number of properties sold last year, rising 7.8% from 14,308 listings sold in 2019 to 15,430 listings sold in 2020. The average sold price for homes in the area rose slightly by 1%, bringing the average sold price to $552,795. The highly sought-after neighborhoods of Cherry Creek South and East had the most notable appreciation of home values, rising 23.6% during 2020 compared to 2019.

Several other neighborhoods experienced impressive increases in the number of listings sold, such as Greenwood Village West, Columbine Valley, and City Park South. Properties smaller than an acre in Greenwood Village West, an area beloved for its energetic blend of residential and commercial areas, had an 86.6% rise in homes sold, growing from 50 listings sold in 2019 to 93 listings sold last year. Listings sold in the Columbine Valley neighborhood rose by 69.6%, growing from 23 homes sold in 2019 to 39 homes sold last year. In City Park South, sales for properties increased by an impressive 81.8%. This particular neighborhood also led the region in the shortest time spent on the market.

Further illustrating the level of demand and competition for homes in Denver Metro, many neighborhoods saw dips in the time listings spent on the market. Although properties in City Park South spent the least amount of time on the market, averaging just 12 days, other areas experienced more significant decreases. For example, Sloan’s Lake, a community centered around the waterfront park by the same name, showed a 55.6% decrease in average days on market in 2020, from 45 days in 2019 to 20 days last year. Downtown Denver’s condominium market also picked up the pace with listings dropping from an average of 175 days on market to 56 days on market in 2020.

Denver Metro’s access to the outdoors, stable job market, and highly ranked public schools all contribute to its continuing appeal for homebuyers, especially those looking for a more intentional and active lifestyle. The allure of living in the Mile High City remains strong and has kept us busy even during these tumultuous times. 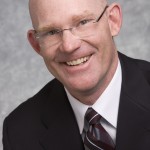